Skip to content
Part III
The second part of the three pronged treatment is ACTIVITY.  Children who suffer from FAS (Fetal Alcohol Syndrome) need plenty of outdoor activity.  This outdoor activity needs to be planned, but does not include organized sports.  Children need hours of outdoor play with supervision and remember- a little bit of boredom is a healthy stimulant for some creative play!


“Nevertheless, a growing body of evidence indicates that direct exposure to nature is essential for physical and emotional health.  For example, new studies suggest that exposure to nature may reduce the symptoms of Attention Deficit Hyperactivity Disorder (ADHD), and that it can improve all children’s cognitive abilities and resistance to negative stresses and depression.”  –Last Child in the Wood by Richard Louv pg. 34

Organized sports cannot replace unrestricted, outside play.  Sports remove the ability to be creative, to let the imagination come to life and cleanse the mind.  Kids need to play in a creek- looking for craw-dads, building dams, slushing around hiding from invisible foe.  They need to run through fields playing Little House on the Prairie or reliving the Crusades.

A snap shot of Ania’s story!

A dozen years ago, Ania was petrified of the outdoors.  Giant pine trees lining our drive must have seemed as if they were monsters waiting to devour her.  With two eye surgeries behind her and a patient mom and siblings, willing hold her hand while she examined the world, her opinion has taken a one-eighty.  At seventeen, she examines nature with a scrutiny that I myself don’t posses.  Armed with only her camera, she tromps into the woods for hours taking pictures of a multitude of flora and fauna. She then researches them in her wildflower handbook.  At this writing,she has thousands of nature photos! 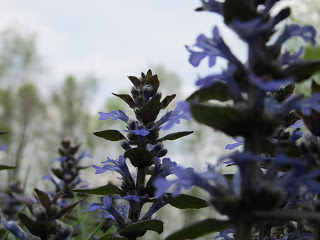 
Outdoor activity is one of the key components in the treatment of FAS. Outdoor exercise relieves anxiety and depression. Free outdoor play allows the creative brain to work. Computer/video games do not allow the brain to blaze new paths, to create, to imagine.( God created us in His own image, He is a creative being.)  Children with FAS experience a brain fog after hours of video gaming. They are unable to organize thoughts or think logically (do math). I have witnessed some of my children losing the ability to speak in complete sentences after an afternoon of gaming.
Playing video games should never replace outdoor activity. FAS children suffer from the damage alcohol has caused. Computer and video games compound that damage by causing more physical changes in the brain. Nick Collins of the Daily Telegraph reports:


“Baroness Greenfield, the former director of the Royal Institution, said spending too much time staring at computer screens can cause physical changes in the brain that lead to attention and behaviour problems.
Technology that plays strongly on the senses – like video games – can literally “blow the mind” by temporarily or permanently deactivating certain nerve connections in the brain, the Baroness said.”
Playing outdoors stimulates problem solving brain power. Watch a some kids build a dam on a small water way.  You can almost see the wheels turning in their brains as they plot and plan, try and retry until they succeed. Take them on a hike and observe nature.  Their brains begin to process the laws of physics as they skip rocks across a pond or climb up a hill to admire the view.  Collect mushrooms and classify them.  Stick some handbooks in your backpack and stop and look things up on the spot.  Keep that brain working!  Enjoy God’s creation the way he intended us to and maybe grow some new neural pathways in the brain.

*The strategies that I will share in this week have helped my children.  I am not a medical doctor or a psychologist.  The strategies that worked for my family have worked for others, I gathered them through years of research and trial and error attempts.  Many times my research confirmed my inner inkling or suspicion. Please read through each suggestion with this in mind.  Do not take my advice over your mother’s or father’s intuition.  Do try it if you have your own confirmation that this is what you have been looking for.