It’s a short read and full of meat.  I was tempted to read it straight through without pausing for reflection- too much is missed that way- what better way to study it than together? You can order the book hard copy or download it to your Kindle (I feel so hip saying that)- click here.  If you are like me, you won’t want to read this book via a kindle, because you can’t write in the margins, the old fashioned way.

“It was the first century BC and a devastating drought threatened to destroy a generation, the generation before Jesus. The last of the Jewish prophets had died off nearly four centuries before. Miracles were such a distant memory that they seemed like a false memory. And God was nowhere to be heard. But there was one man, an eccentric sage who lived outside the walls of Jerusalem, who dared to pray anyway. His name was Honi.1 And even if the people could no longer hear God, he believed that God could still hear them.
When rain is plentiful, it’s an afterthought. During a drought, it’s the only thought. And Honi was their only hope. Famous for his ability to pray for rain, it was on this day—the day—that Honi would earn his moniker.
With a six-foot staff in his hand, Honi began to turn like a math compass. His circular movement was rhythmical and methodical. Ninety degrees. One hundred and eighty degrees. Two hundred and seventy degrees. Three hundred and sixty degrees. He never looked up as the crowd looked on. After what seemed like hours, but had only been seconds, Honi stood inside the circle he had drawn. Then he dropped to his knees and raised his hands to heaven. With the authority of the prophet Elijah who called down fire from heaven, Honi called down rain.
“Lord of the Universe, I swear before your great name that I will not move from this circle until you have shown mercy upon your children.”
The words sent a shudder down the spine of all who were within earshot that day. It wasn’t just the volume of his voice. It was the authority of his tone. Not a hint of doubt. This prayer didn’t originate in the vocal chords. Like water from an artesian well, the words flowed from the depth of his soul. His prayer was resolute yet humble; confident yet meek; expectant yet unassuming.
Then it happened.
As his prayer ascended to the heavens, raindrops descended to the earth. An audible gasp swept across the thousands of congregants who had encircled Honi. Every head turned heavenward as the first raindrops parachuted from the sky, but Honi’s head remained bowed. The people rejoiced over each drop, but Honi wasn’t satisfied with a sprinkle. Still kneeling within the circle, Honi lifted his voice over the sounds
of celebration.
“Not for such rain have I prayed, but for rain that will fill cisterns, pits, and caverns.”
The sprinkle turned into such a torrential downpour that eyewitnesses said no
raindrop was smaller than an egg in size. It rained so heavily and so steadily that the
people fled to the Temple Mount to escape the flash floods. Honi stayed and prayed
inside his protracted circle. Once more he refined his bold request.
“Not for such rain have I prayed, but for rain of Thy favor, blessing, and
graciousness.”
Then, like a well-proportioned sun shower on a hot and humid August afternoon, it
began to rain calmly, peacefully. Each raindrop was a tangible token of God’s grace.
And they didn’t just soak the skin; they soaked the spirit with faith. It would be
forever remembered as the day. The day thunderclaps applauded the Almighty. The
day puddle jumping became an act of praise. The day the legend of the circle maker
was born. It had been difficult to believe the day before the day. The day after the
day, it was impossible not to believe.
Honi was celebrated like a hometown hero by the people whose lives he had saved.
But some within the Sanhedrin called the Circle Maker into question. A faction
believed that drawing a circle and demanding rain dishonored God. Maybe it was
those same members of the Sanhedrin who would criticize Jesus for healing a man’s
withered arm on the Sabbath a generation later. They threatened Honi with
excommunication, but because the miracle could not be repudiated, Honi was
ultimately honored for his act of prayerful bravado.
The prayer that saved a generation was deemed one of the most significant prayers
in the history of Israel. The circle he drew in the sand became a sacred symbol. And
the legend of Honi the circle maker stands forever as a testament to the power of a
single prayer to change the course of history.” 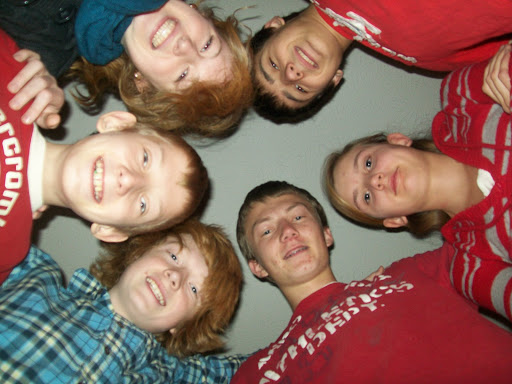 What if we believed as Honi did?  What if we prayed with such conviction, such authority for our children?  What if we circled our children in prayer?  Will you join me?
What supplies do you need?
Praying Circles around your Children
A journal
A pen
A willing heart
(and if you are anything like me- totally optional- sticky-notes, hi-lighter, index cards and a fine tip sharpie)

Please join me!  Go ahead and read up to and including chapter four so we can begin together on Monday, February 4th, with the first circle-circling the promises of God.

Throughout the five week study, one for each of the five circles, I will share some of my past and present prayers for my children, along with the answers. My emphasis will be praying for hurt children with attachment issues and the capital letter syndromes.Your emphasis can be whatever God puts on your heart.  I’ll be digging out my old journals, dusting them off and sharing from the history of God’s faithfulness!
I’ll be blogging more about it this week!