Kristin Taylor is guest posting today, visiting from kristinhilltaylor.com. Kristin is the author of Peace in the Process

The same year my middle-child Ben was born and adopted into our family, our small group from church started a tradition. I’m not sure we knew it was going to be a tradition, but this group – equal parts kids and adults – gathered around a table for a Thanksgiving meal.

That was 2009. And, actually, Greg and I didn’t get to go because Ben was born on that Monday afternoon. We brought him home Tuesday afternoon, just hours before they had our first Thanksgiving. Not only did we not go, but my friend Sarah – who had a boy just shy of a month old – made the green bean casserole I was supposed to bring. And then our friends brought us plates overflowing with delicious food. We weren’t at the actual table with them that first year, but we were with them and they were with us. 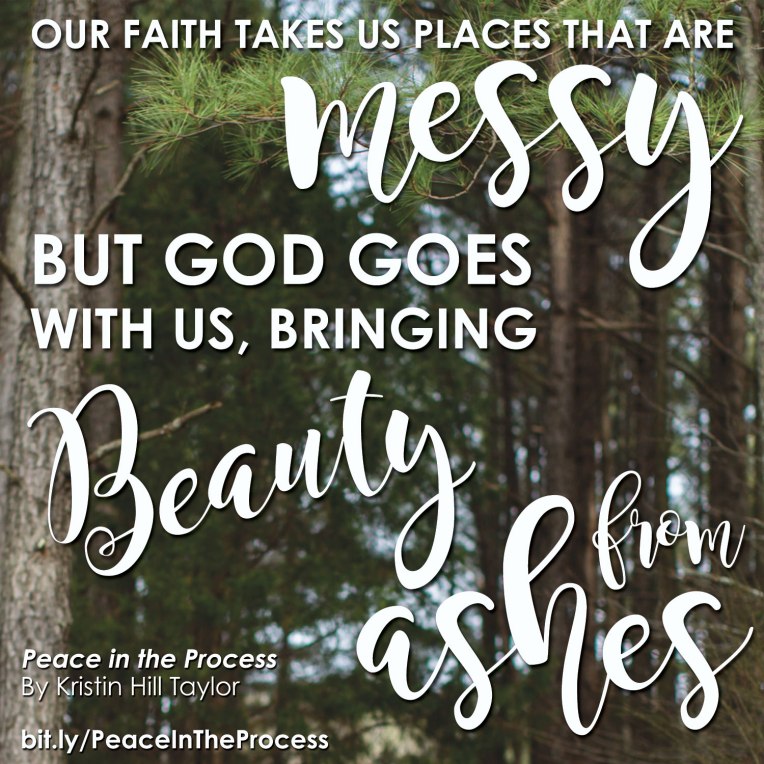 Four years later, we still gathered around the table for a Thanksgiving meal, and it was when I broke out my china plates for the first time. For more than eleven years, that china has been sitting around, supposedly waiting for a “special occasion.” Truth be told, I was persuaded to register for the china and really wouldn’t regret had I not added it. But I have it. And I decided having it sit there was pointless.

We’re not technically in an official small group with these people, but they are our community. Together, we’ve mourned and prayed and dreamed and hoped and planned and played and cheered and cried and laughed.

My girlfriends even washed, by hand, the china plates I probably would have put in the dishwasher. They’re into the ordinary details like that. They’re helpful like that. We’re in this life together like that.

In 2013, I snapped a picture of the nine kids who ranged in age from seven months to seven years and were gathered for the Fifth Annual Thanksgiving with Friends. I noticed Ben being part of the group in his school uniform, little blue shirt. He was a day old when this group first gathered around a table, literally, to give thanks for how we gather around the table, figuratively, with each other in our daily lives. He’s grown up knowing those other kids who surround him on the couch and their parents. He’s grown up in community.

In 2016, the kid contingent had grown to eleven for our Eighth Annual Thanksgiving with Friends. I still didn’t have a clever name for the gathering, but we still had each other, even though one family had moved several hours away. That was the year we traded the china for paper plates – and nobody cared.

God made Greg, Cate, Ben, Rachel, and me a family. But He’s expanded our family because we’re part of His family.

Truth be told, this community amazes me. God built community around me with these families and others when I wondered if it would happen. He surprised us with community in a town I wasn’t sure would be able to offer us new friends. Some friends have moved. Other friendships have changed with the normal rhythm of life. We’ve made new friends and kept the old.

Thankfully, that community continues to happen right here around my table.
*This is an excerpt from Kristin Hill Taylor’s new book, “Peace in the Process: How Adoption Built My Faith & My Family.” Kristin believes in seeking God as the author of every story and loves swapping these stories with friends on her porch. She lives in Murray, Kentucky, with her husband and three kids and shares stories at kristinhilltaylor.com.

One thought on “Peace in the Process and Thanksgiving!”